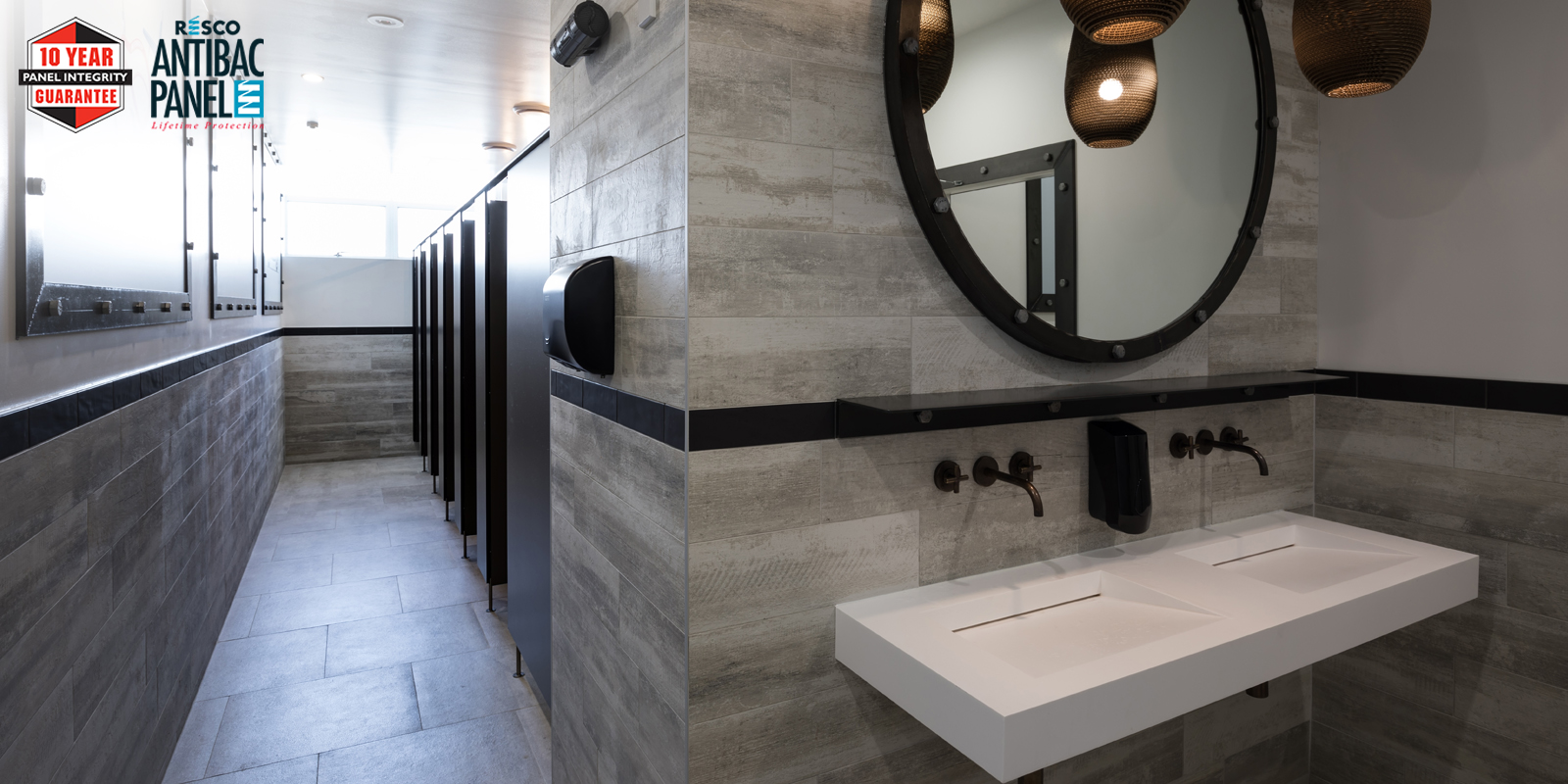 Lead architect Dan Bulog (Brave Architects) explains one of the priorities in the creation of the new first floor ablution facilities and communal kitchen in this Kingsland, Auckland, commercial building was referencing the former Kiwi Bacon building’s historic role by “maintaining the building’s inherent industrial authenticity”. He says, “we wanted to build on that but uplift the original conversion look with some warmth and quality”.

“A big part of that was picking the right finishes and colours and the new black hardware from Resco definitely spoke to the language of the building, it was a great solution,” says Dan, who was ably assisted in this by architectural graduate Angela Watkinson.

The Resco Series 5000 system partitioning system was specified for the male and female ablution areas, the “high spec” choice to ensure client expectation for longevity and the ability to withstand high use and frequent commercial cleaning. Says Dan: “The client was totally on board with what we were aiming to do, the ablutions and kitchen is a harsh communal environment but that doesn’t stop it being aesthetically pleasing.”

The Kiwi Bacon factory building was repurposed to commercial tenancies some years ago and is now a hub of mainly creative, media and marketing businesses. The new ablution and kitchen facilities on the first floor “lift appearance and functionality” says Dan.

Resco product specialist Troy Henriques says it was obvious Brave Architects “went above and beyond” for their client in this job. Dan Bulog says all parties involved in the refurbishment, including Resco and the main contractor Lanta were “an awesome team”. 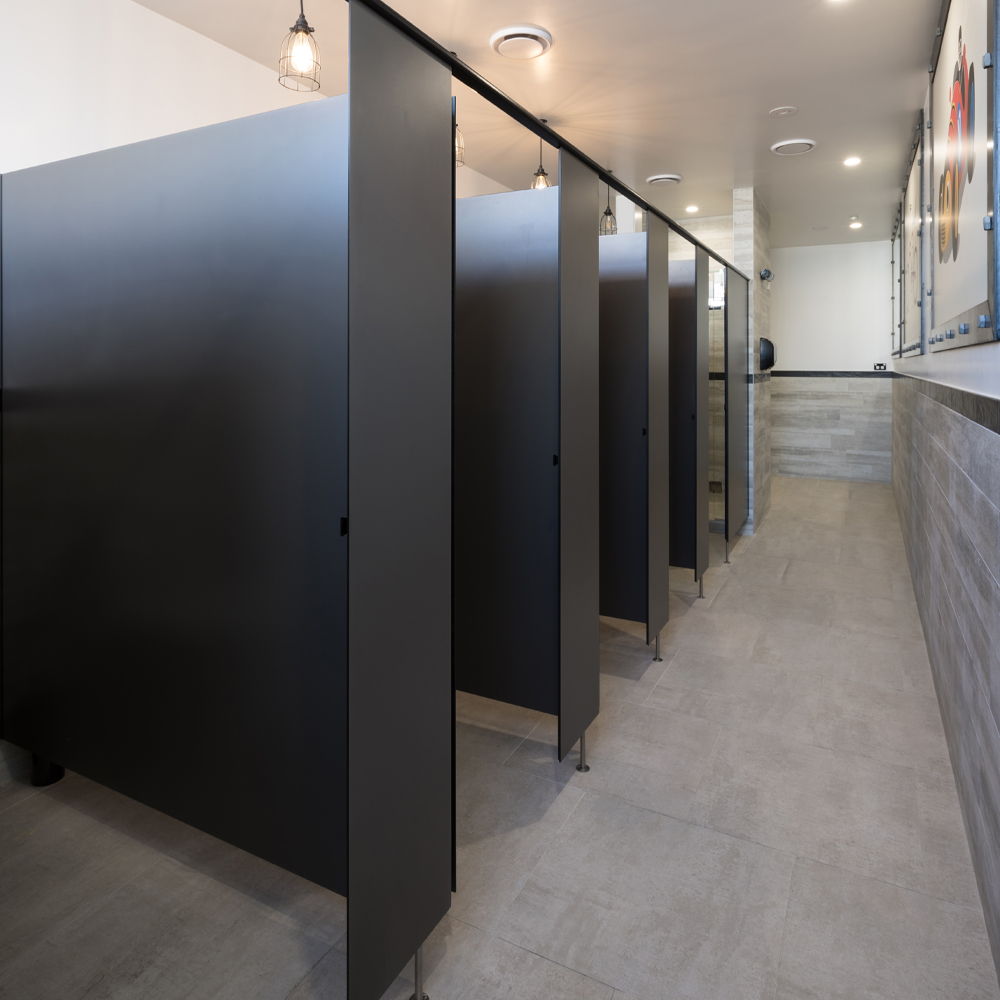 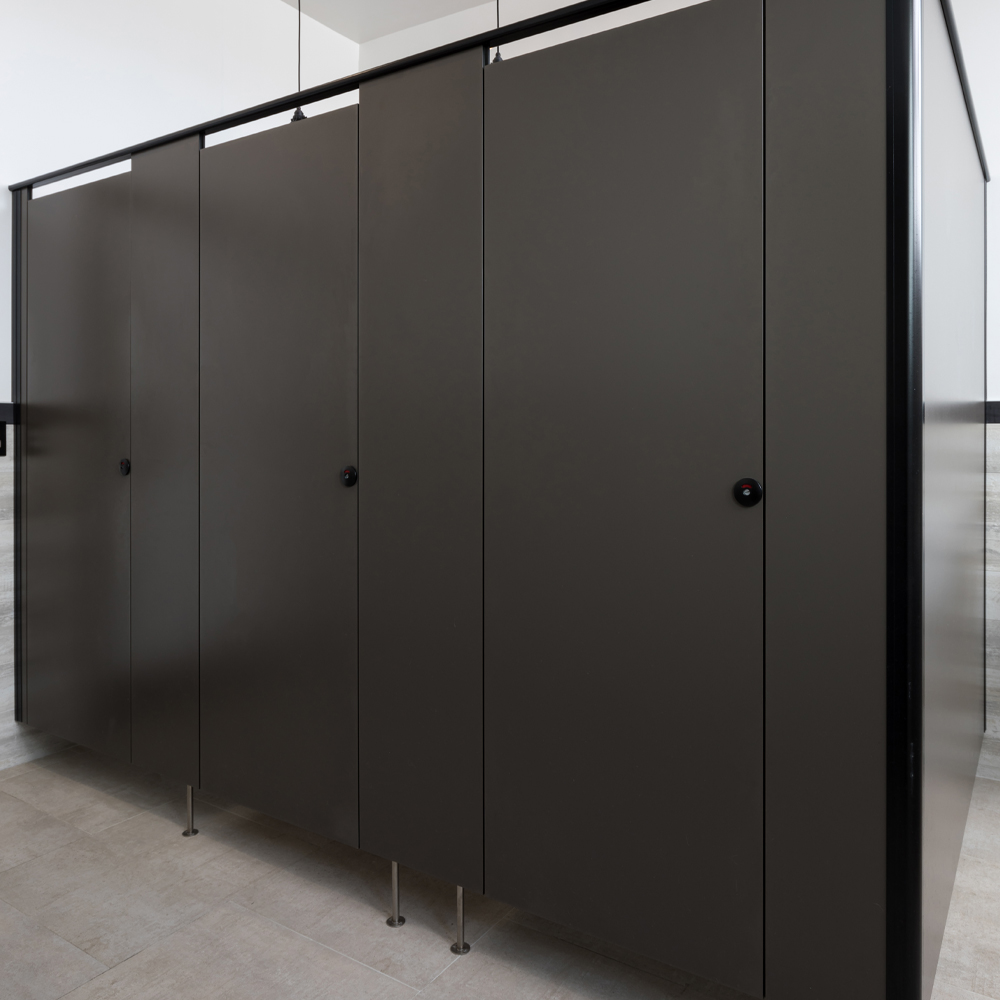