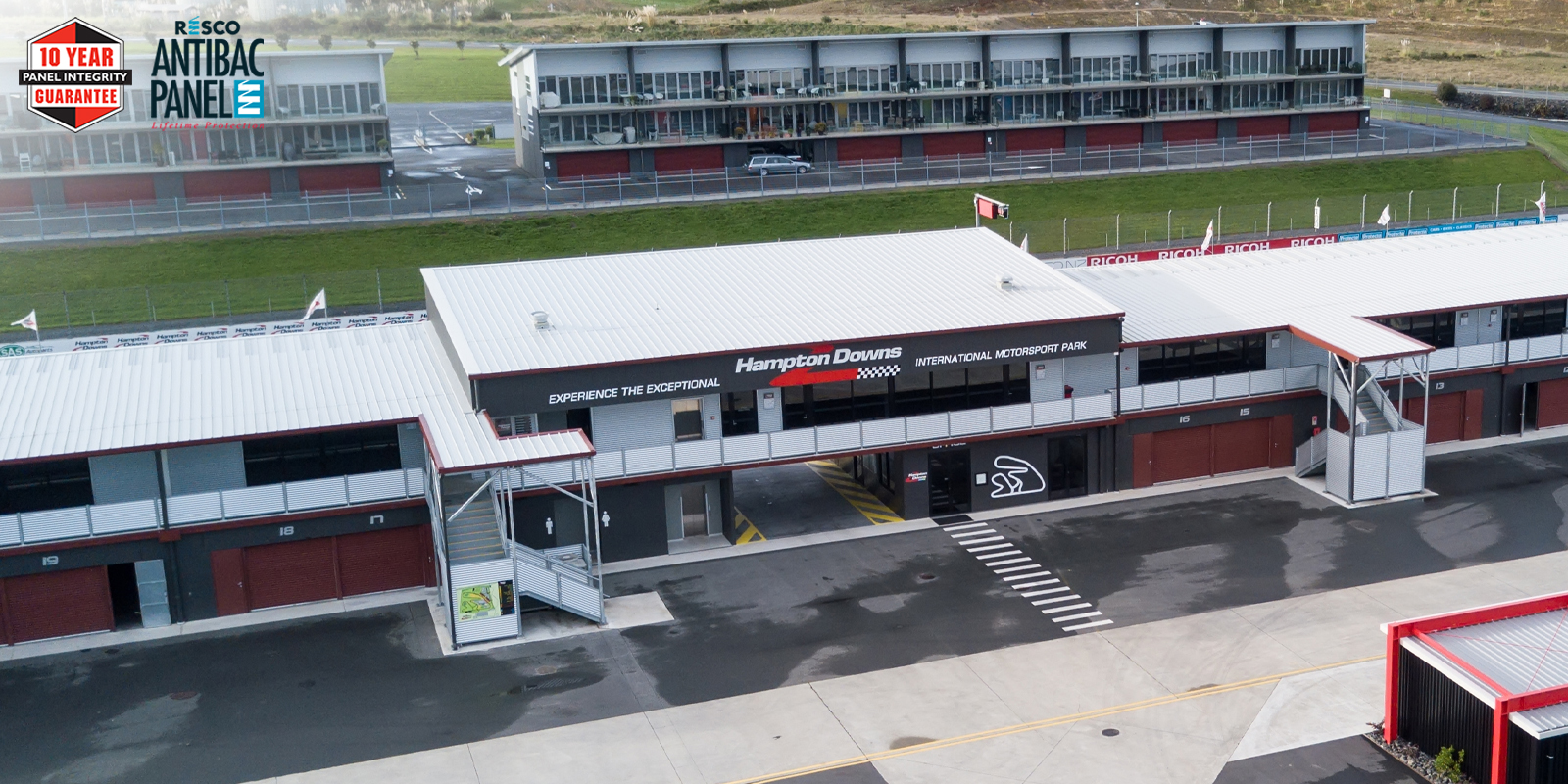 The track’s busy season runs from early September until late April. Track manager Elton Goonan says up to 10,000 people can be at Hampton Downs on a busy day, and they’ve had up to 1200 people using the new building’s hospitality suites and associated toilet facilities.

Says Elton: “Despite heavy use already the toilet partitions look as good as new, with no marks or obvious wear and tear. We haven’t had to test Resco’s service, a fact which speaks for itself, it’s all working well. That’s the reason we chose Resco, it was recommended by our building contractor, Fosters, as being able to cope.”

A spate of tagging hit the track last year, including on some toilet doors. “We were pretty annoyed to have that happen in a brand new building,” says Elton. Resco’s graffiti resistance on the Compact Laminate surface was “put to the test” says Elton. “We just sprayed and wiped and there’s no sign of the tagging left, the anti-graffiti worked perfectly.”

Resco product specialist Troy Henriques points out there is also a hygiene advantage for Hampton Downs because all Resco panels contain Antibac, a bacteria-repelling compound that kills 99 percent of bacteria within two hours, for the lifetime of the panel.

Says Troy: “We only use rugged, solid core Compact Laminate. Our pre-finished panels are water, impact and graffiti resistant and extremely low maintenance. We supply a range of products with New Zealand’s largest choice of colours, which we confidently back with lengthy guarantees.”

Resco colours used in the Hampton Downs facilities photographed are: 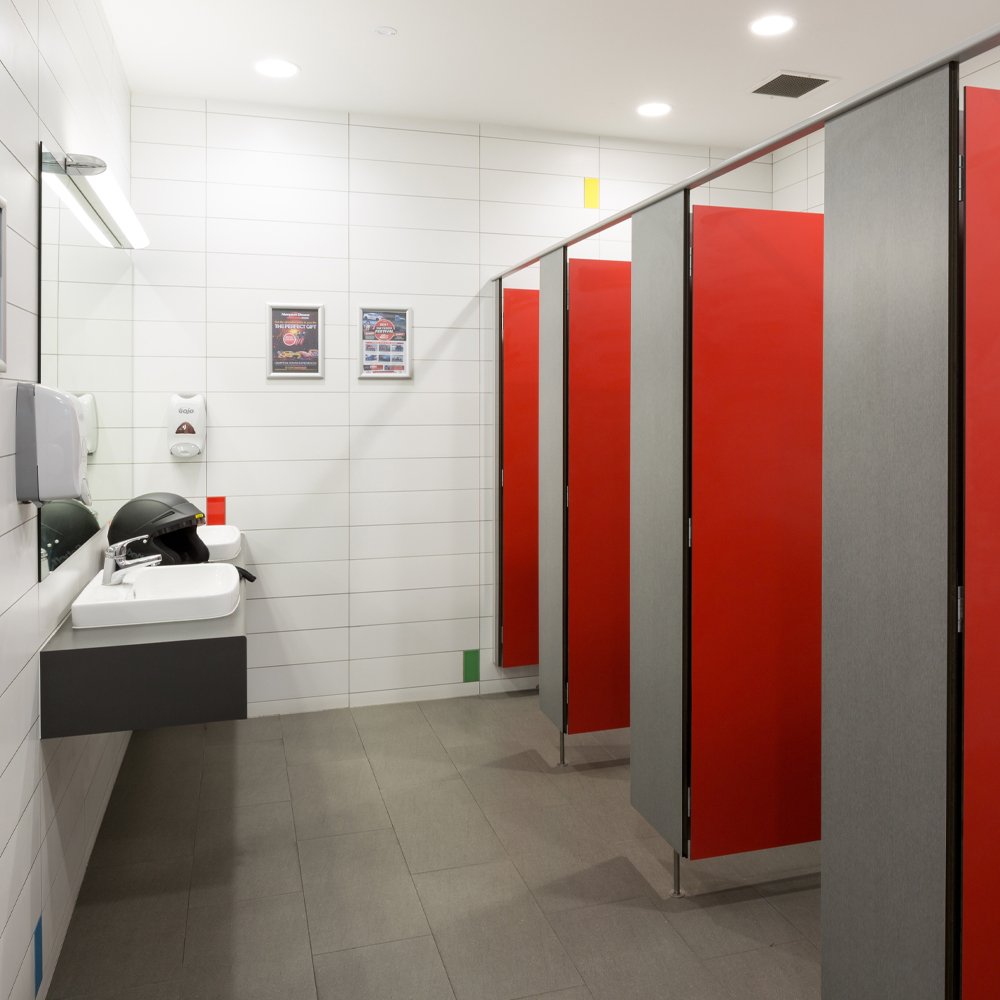 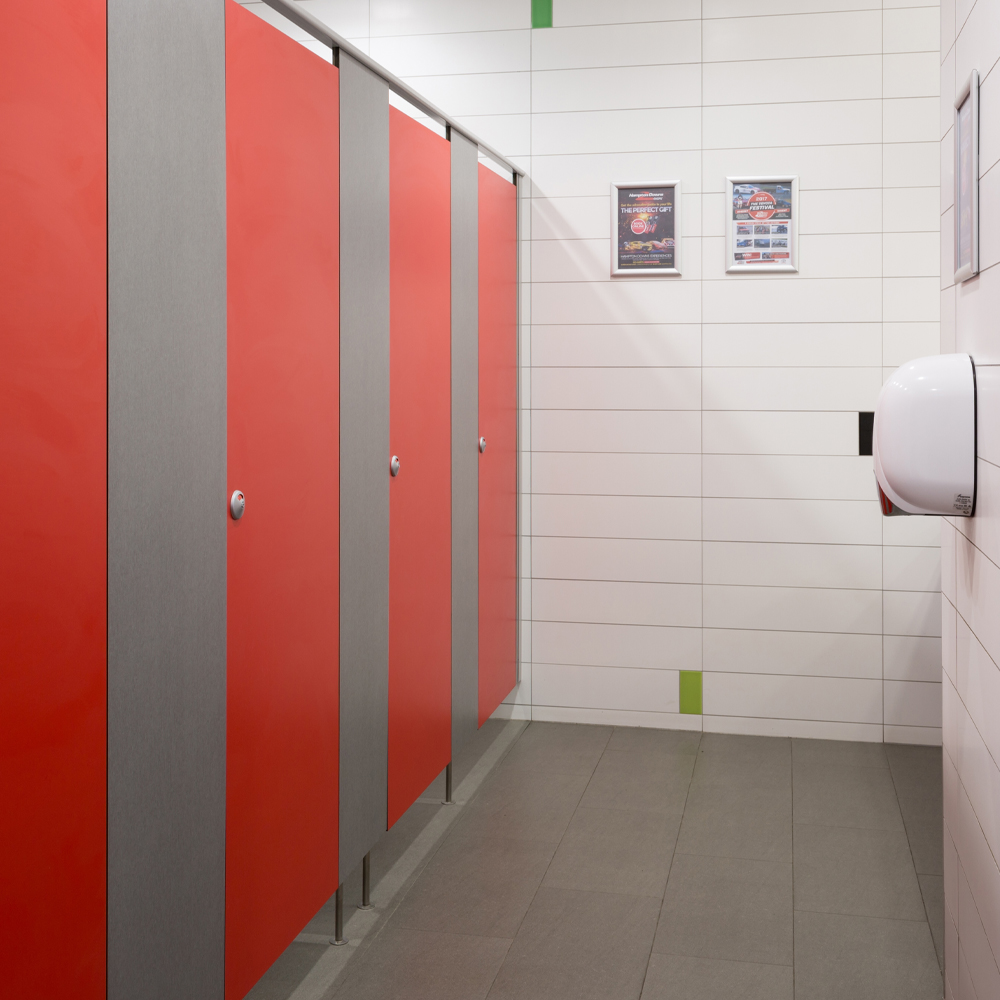 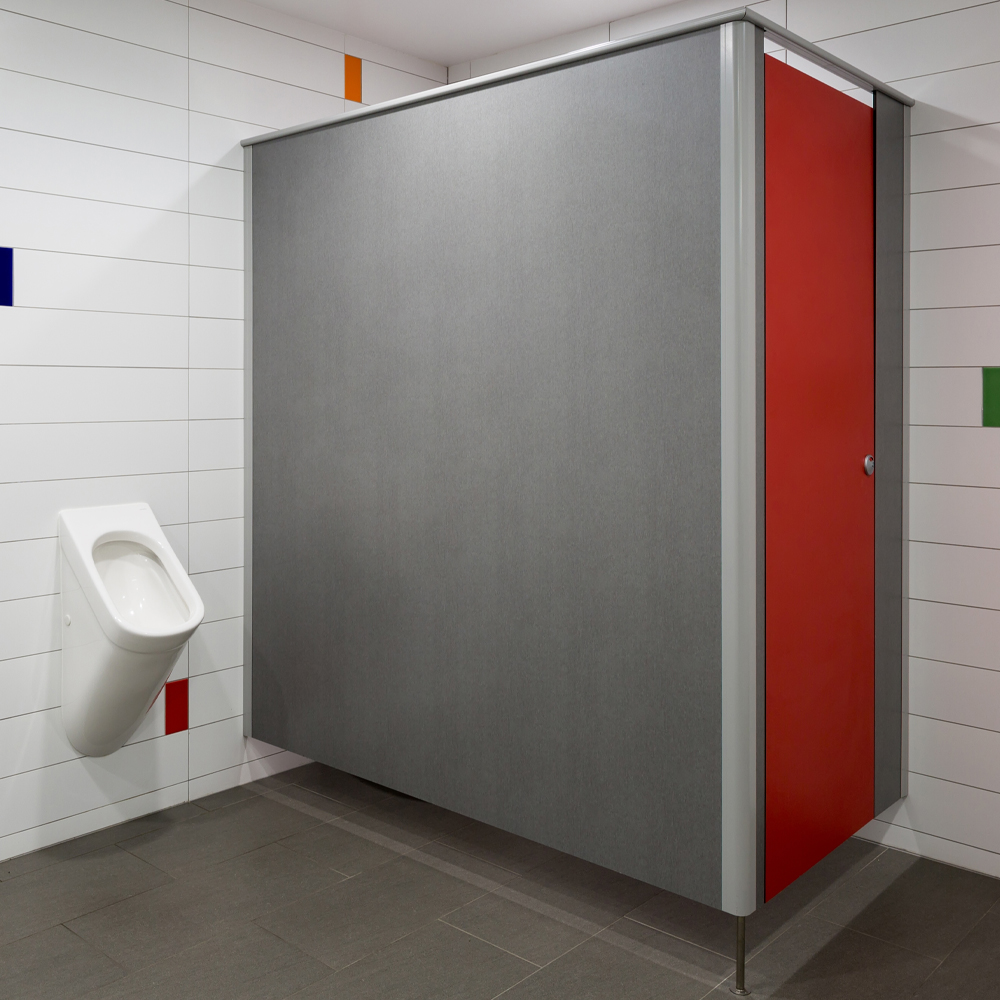