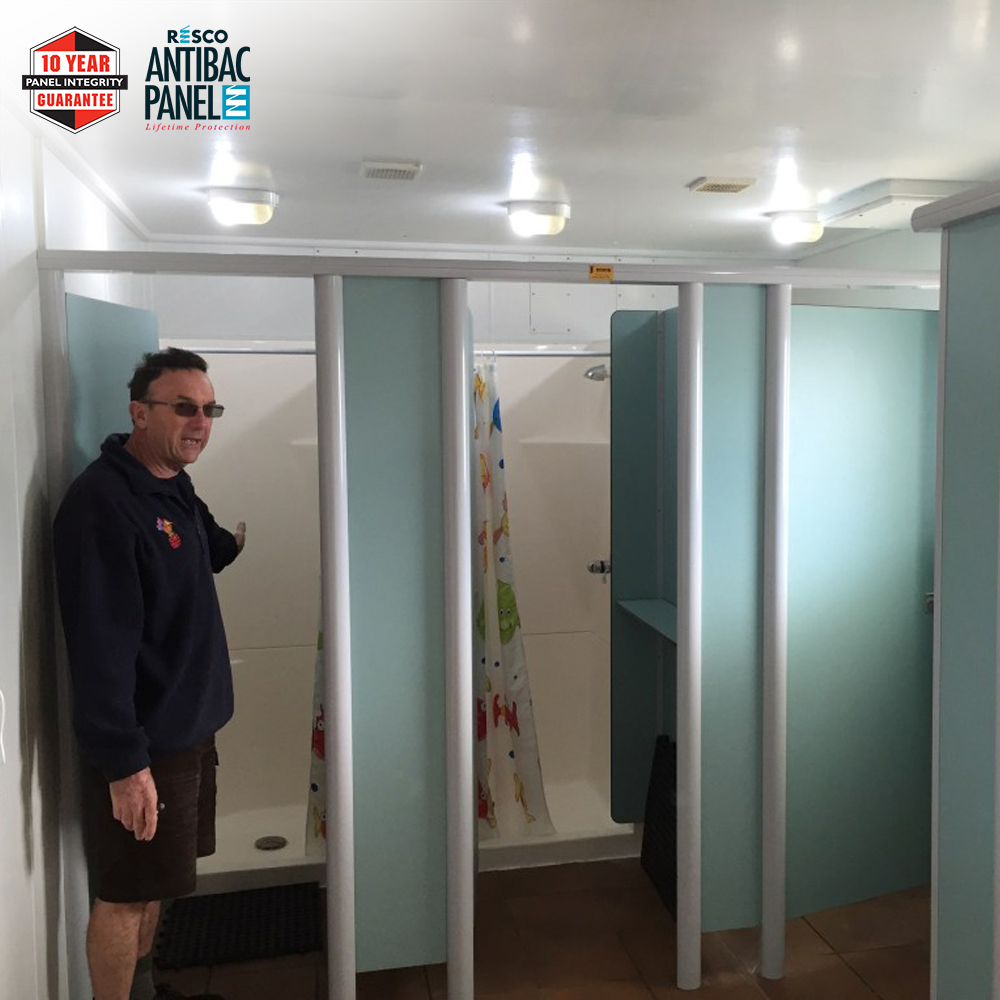 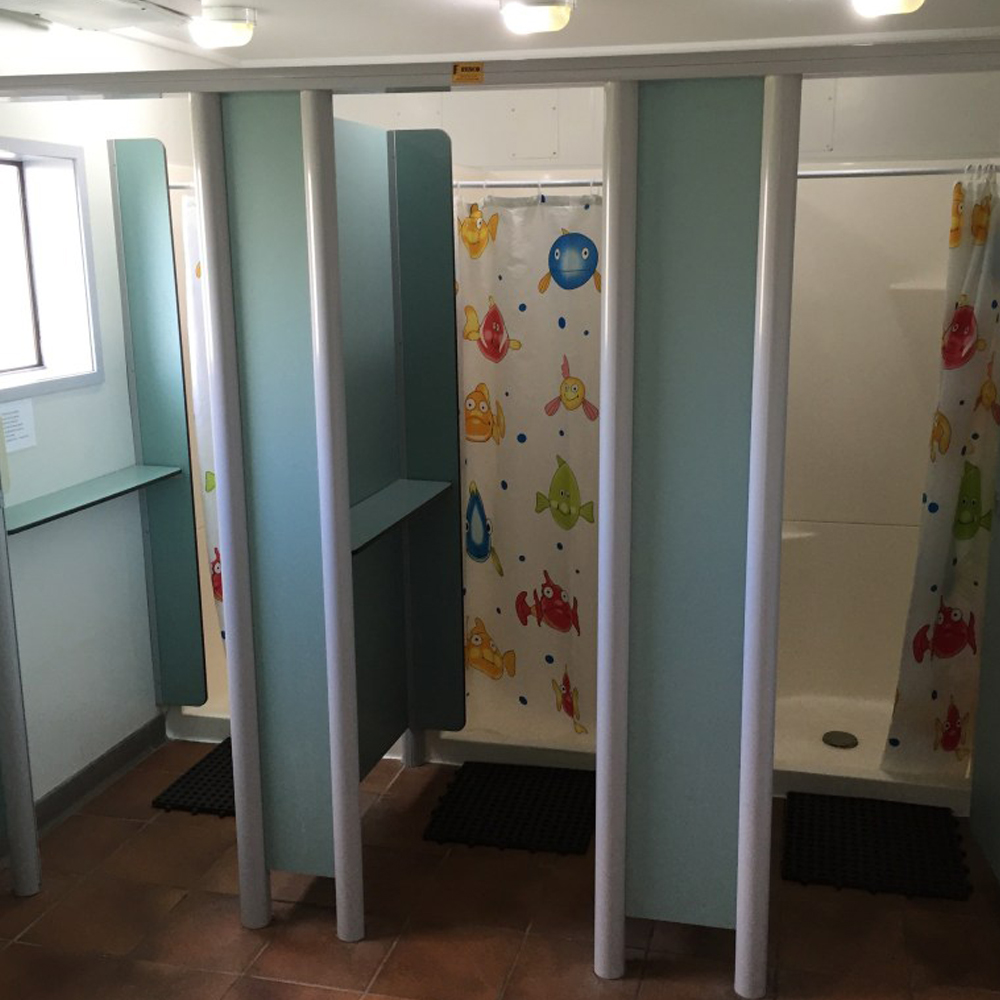 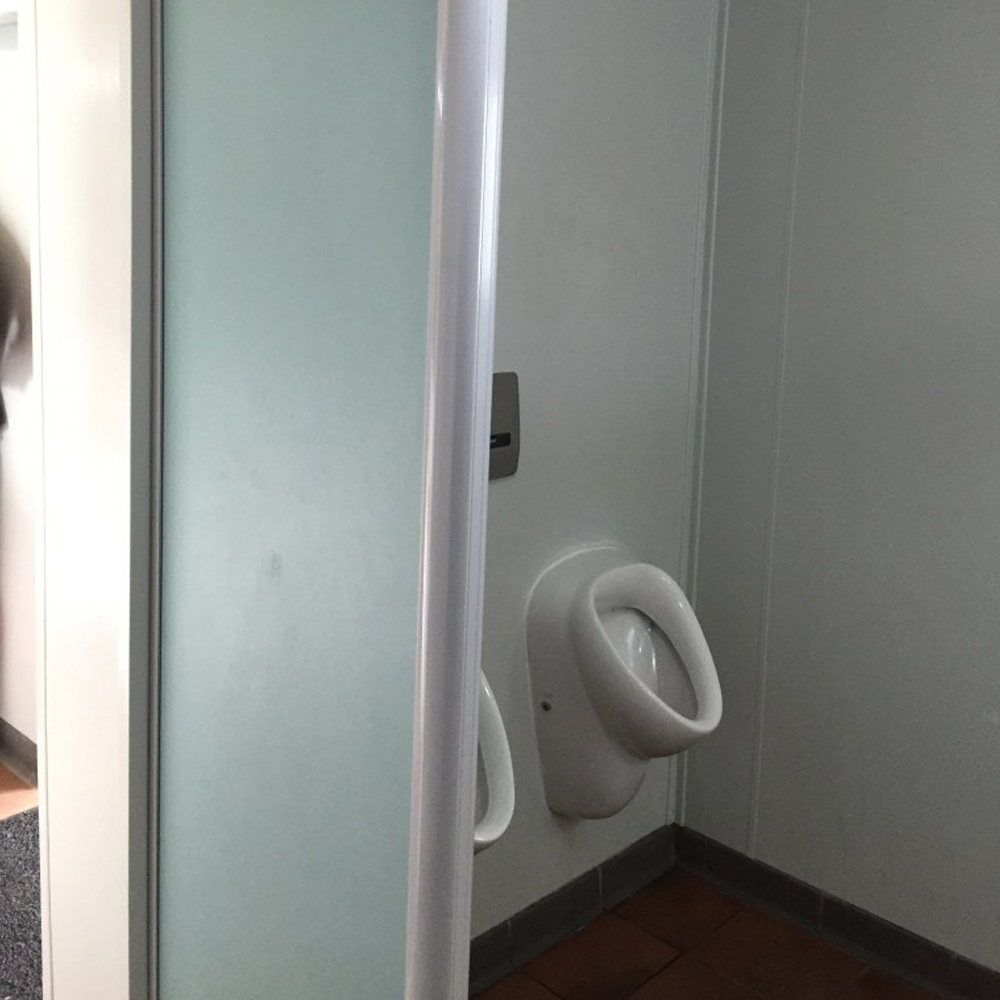 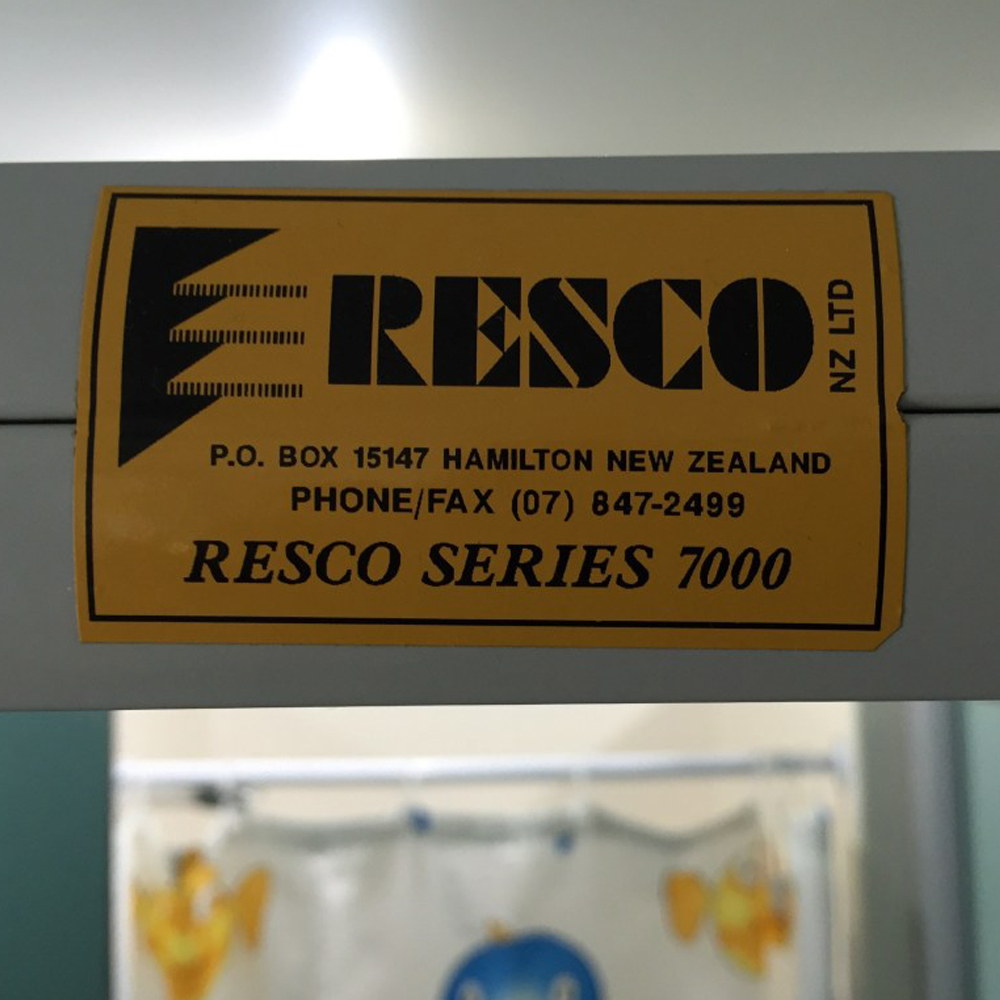 Long-term Bay of Plenty campground proprietors Max and Deborah Sullivan credit the RESCO Compact Laminate product they chose 18 years ago to refurbish their ablution blocks as “a major contributor” in their business maintaining its 4-star Qualmark rating.

The couple recently called time on their 21-year ownership and operation of what became the Golden Grove Kiwi Holiday Park at Bayfair, Mt Maunganui. They transformed the one hectare area from a shabby site predominantly used by seasonal workers and permanent campers to a highly regarded holiday park destination for families and groups.

“When we bought the place our idea was to offer a good standard of budget accommodation,” recalls Max. Eventually, in addition to tent and caravan sites, the holiday park had beds for 130 people across a range of cabin, lodge and unit accommodation. Last year they catered for 23,400 bed nights.

An early part of the Golden Grove transformation involved gutting the property’s toilet and shower facility block and rebuilding from a new floor upwards. The Sullivans were one of RESCO’s earliest customers, opting for the company’s tough, durable Compact Laminate cubicles and wall linings.

“There were cheaper things we could have used, but we could see that this was a product that was going to last. In addition, we chose a colour that we thought wouldn’t date, we were very careful there.”

Time has proven the Sullivans right on both counts. “We have only had to replace the odd door lock and hinge and that’s been more because of the salty sea air taking its toll than the product.

“After (more than) 17 years they are still in excellent condition and because these partitions have held up and still look modern, all we have had to do over the years to freshen things up is paint the walls and upgrade the vanities and toilet suites,” Max explains.

RESCO’s product specialist Troy Henriques is both proud and not surprised by the glowing testimonial the Sullivans gave to RESCO upon their exit from the Golden Grove Park. “Our pre-finished panels are water, impact and graffiti resistant and extremely low maintenance,” says Troy, who was one of the RESCO team who took great pleasure in personally checking out the facilities at the holiday park before the Sullivans sold up and moved on to semi-retirement.